Handout for this activity

An explanation of this illusion on this blog

Our apparatus is shown below.

This design requires the use of a cut-up envelope. If you would like to use a variation of this design for your own perceptual experiment, I recommend that you create a similar apparatus, perhaps with an alternative version of the illusion. 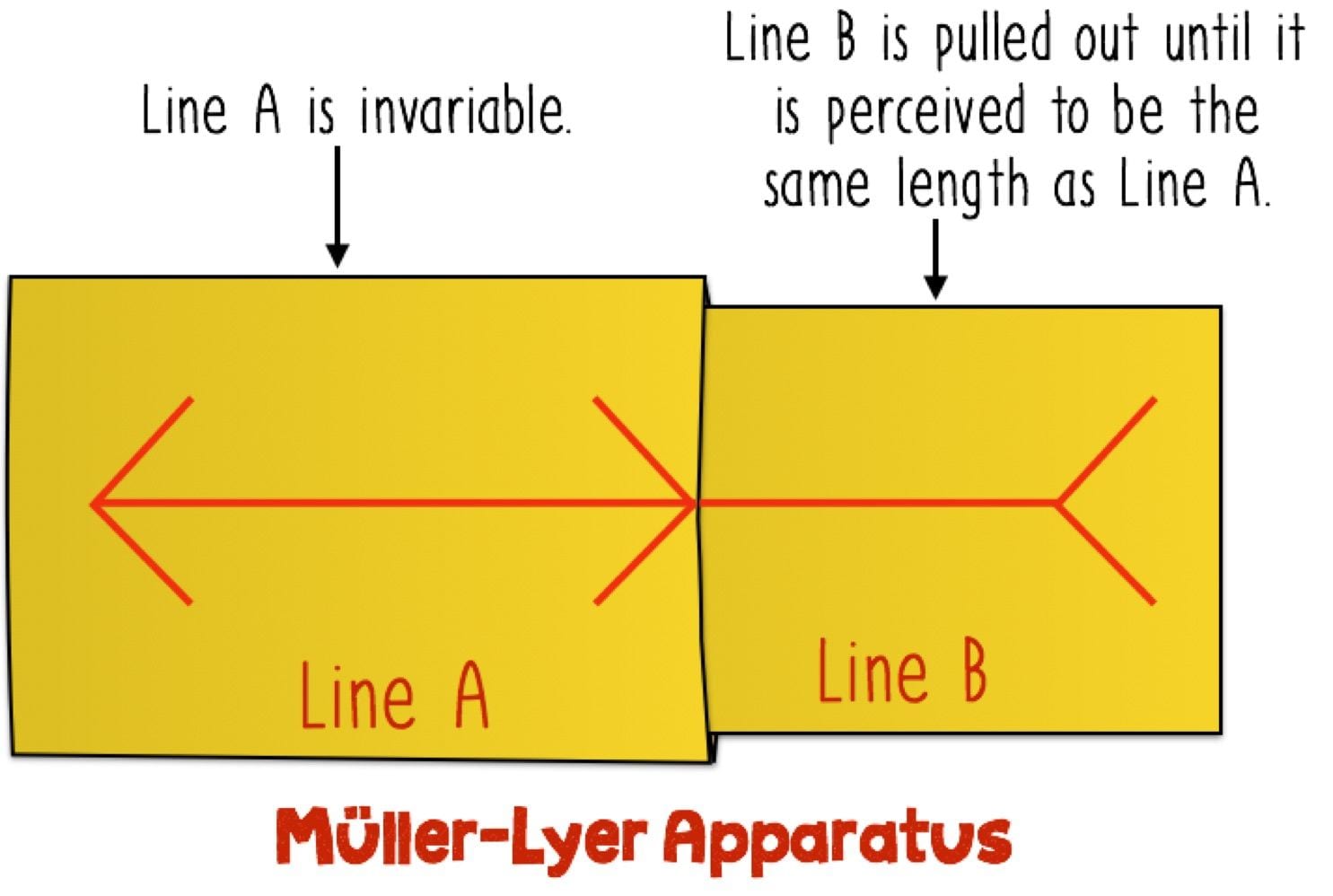 Hypothesis 1: Since participants will perceive the line with V-shaped ends (Line B) as longer than the line with arrowheads (Line A), they will draw out the card depicting Line B to a length less than the length of Line A (10 cm).

Hypothesis 2: Since participants are aware of the potential illusory influence of the two lines, they will try to compensate for the power of the illusion and draw out Line B more, on average, with each succeeding trial.

Alternative explanations of the illusion from VeryWellMind